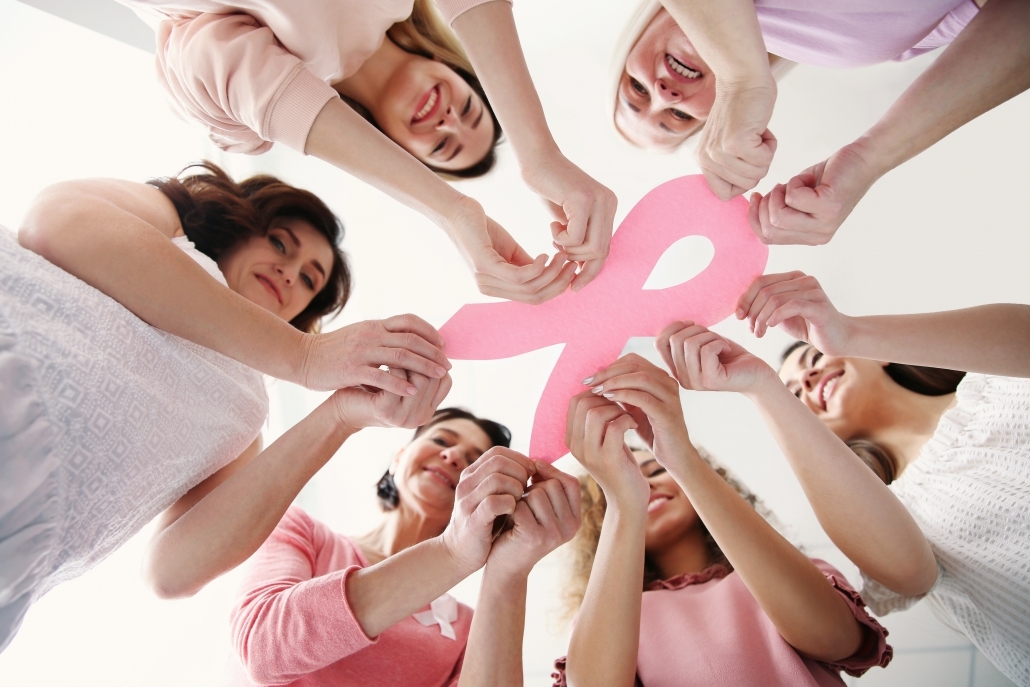 Evolve is proud to be supporting Pink October to help raise awareness about breast cancer in Malta.

About 1 in 8 women are diagnosed with breast cancer during their lifetime. There’s a good chance of recovery if it’s detected at an early stage. For this reason, it’s vital that women check their breasts regularly for any changes and always have any changes examined by a doctor.

‘We are lucky that our health service in Malta provides a comprehensive free breast screening programme. Since 2009, more than 80000 mammograms have been carried out in Malta. I can understand that going for an appointment might be a hassle or even feel slightly embarrassing but the truth is it could save your life.’

Pink October was launched in Malta in 2014 with the aim of increasing awareness and raising funds for breast cancer research. Evolve, as Malta’s fastest-growing science company, has been a strong and vocal supporter of the campaign over the years.

Fiona Mallia, Chief Digital Officer at Evolve, said: ‘We know that breast cancer doesn’t stop for anything, including coronavirus. People affected by breast cancer, as well as Malta’s scientists, nurses and doctors urgently need support, now more than ever.’ 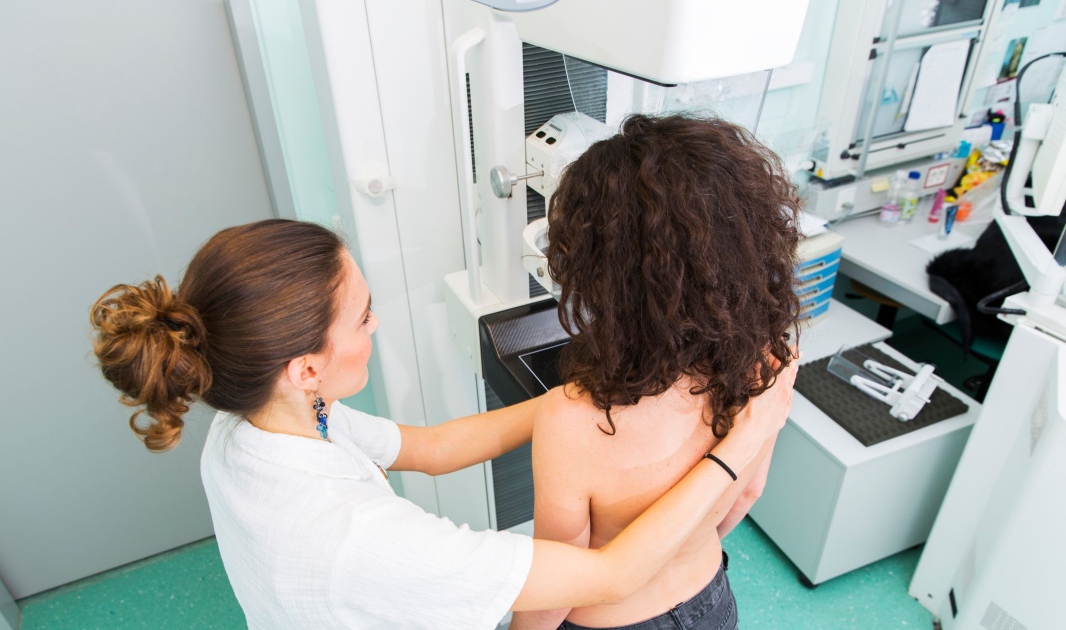 Who is most at risk of breast cancer?

For this reason, it’s vital that women check their breasts regularly for any changes and always have any changes examined by a doctor. In rare cases, men can also be diagnosed with breast cancer. You should also see a doctor if you notice any of these symptoms: 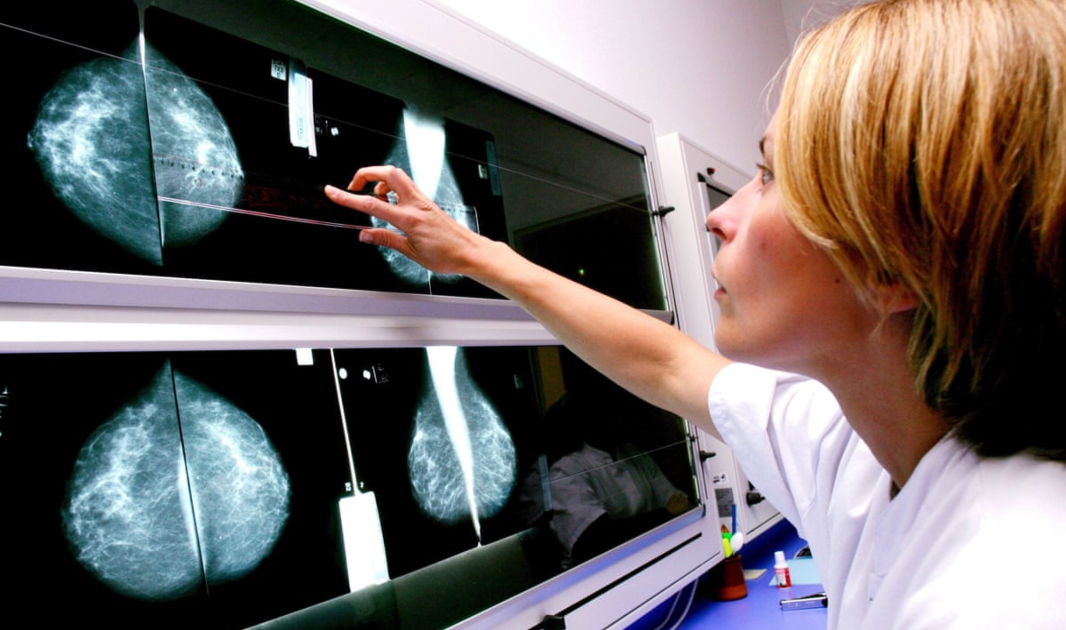 As the causes of breast cancer are not fully understood, at the moment it’s not possible to know if it can be prevented. If you have an increased risk of developing the condition, some treatments are available to reduce your risk.

Studies have looked at the link between breast cancer and diet. Although there are no definite conclusions, there are benefits for women who:

Mammographic screening, where X-ray images of the breast are taken, is the most commonly available way of finding a change in your breast tissue (lesion) at an early stage. Find out more about breast cancer screening in Malta. 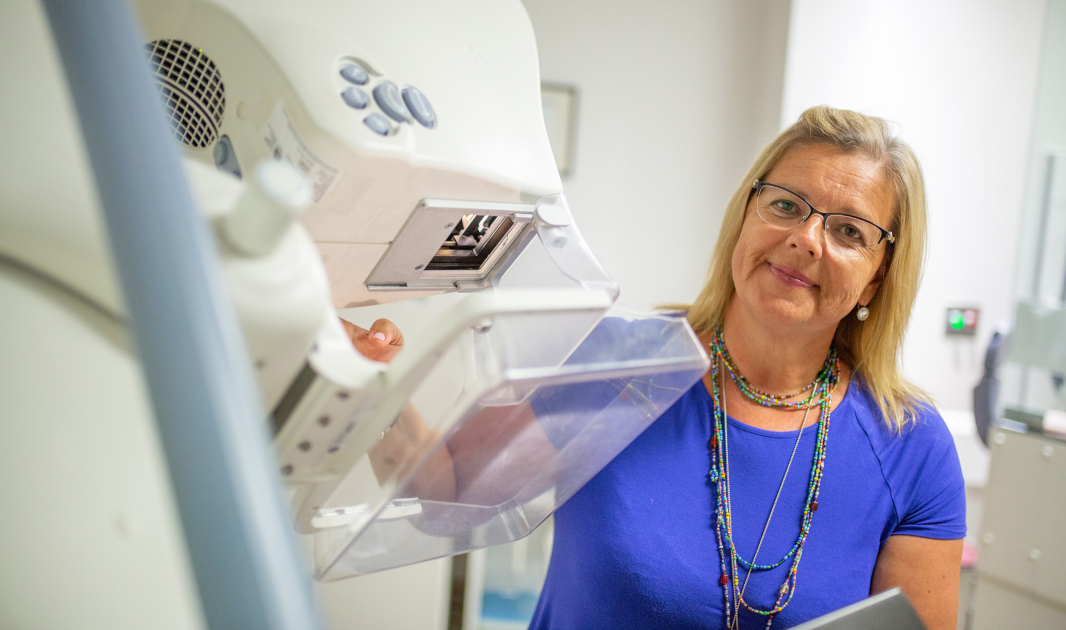 How does Evolve help?

Breast cancer is close to the hearts of everyone at Evolve. As Malta’s fastest-growing science company, we supply cancer screening devices and other specialist medical equipment to hospitals, health centres and clinics, including:

Trustworthy and reliable, microscopes have led to world-changing scientific discoveries which have saved millions of lives over the centuries. Leica Microsystems have been serving this sector for more than 100 years. Their DM3000 series is a versatile microscope offering crisp clear optics with best ergonomics for the well being of the user.

A state of the art fully automated staining machine, pictured below, using immunohistochemistry. Together with the vast range of antibody portfolio available from Leica, our medical scientists can stain a particular slide to the very smallest structure in order to be able to identify if that particular biopsy is malignant or not. 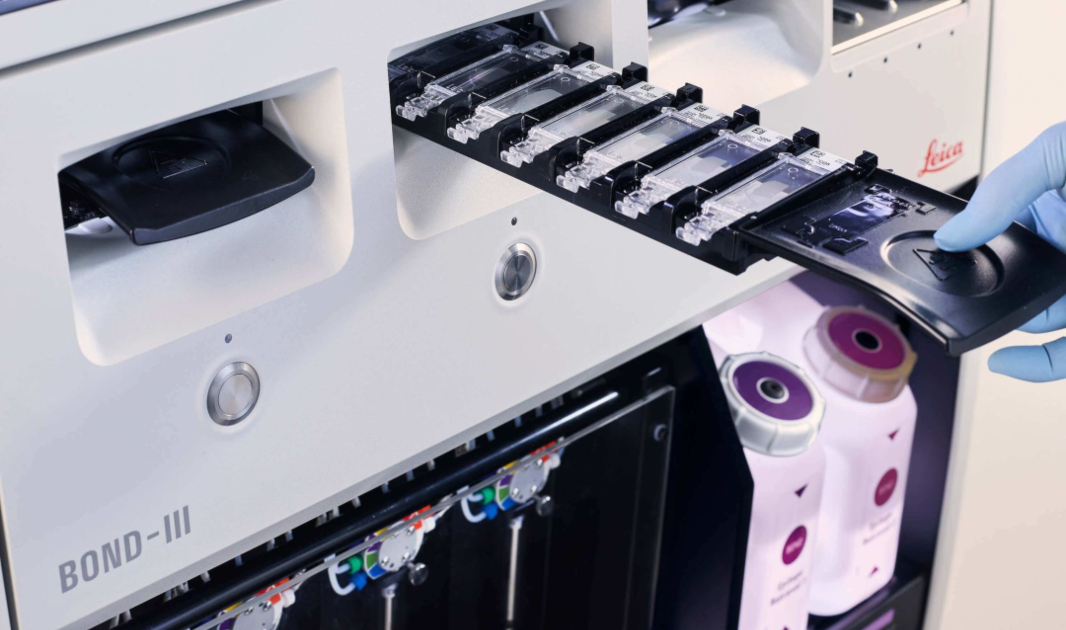 The HydroMark is deployed by the delivery system through the Mammotome probe and is left in the void created during the biopsy procedure. This is a biodegradable polymer containing a central permanent metal marker that accurately marks a breast biopsy site. Using this, the doctor could easily access a lesion more accurately with minimal trauma for the patient.

This adopts the latest liquid base cytology technique for the early diagnosis of cervical cancer. This system has proven to be superior to it’s predecessor Papanicolaou stain which used to be the gold standard. Liquid base cytology offers a much better visibility of the cells with standardised staining and thus helps the medical scientist to arrive to a better diagnosis.

Speak to an Evolve expert

In recent years, breast cancer screening techniques have evolved and improved significantly. If you are looking for high quality mammography and other equipment for your laboratory, Evolve has a wide range of systems to assist you in rapidly and accurately determining the proper course of treatment for your patients. To learn more, get in touch with an Evolve expert today.

Be the first to hear our latest news, ideas and initiatives from Evolve

By Evolve Marketing In Industries

What is quality control in the lab?

What are the 12 principles of Green Chemistry?

As a leading provider of lab equipment and consumables in Malta, we help scientists, researchers, educators and professionals in the medical, scientific and industrial fields increase productivity and efficiency every day.

Aside from being a trusted supplier of high quality lab equipment and chemicals, we also back all of our products with unbiased and expert technical assistance to help you solve your application needs.

The combination of our experience in the science industry coupled with dedicated and knowledgeable experts means we can also design a tailored laboratory solution to perfectly suit your requirements.