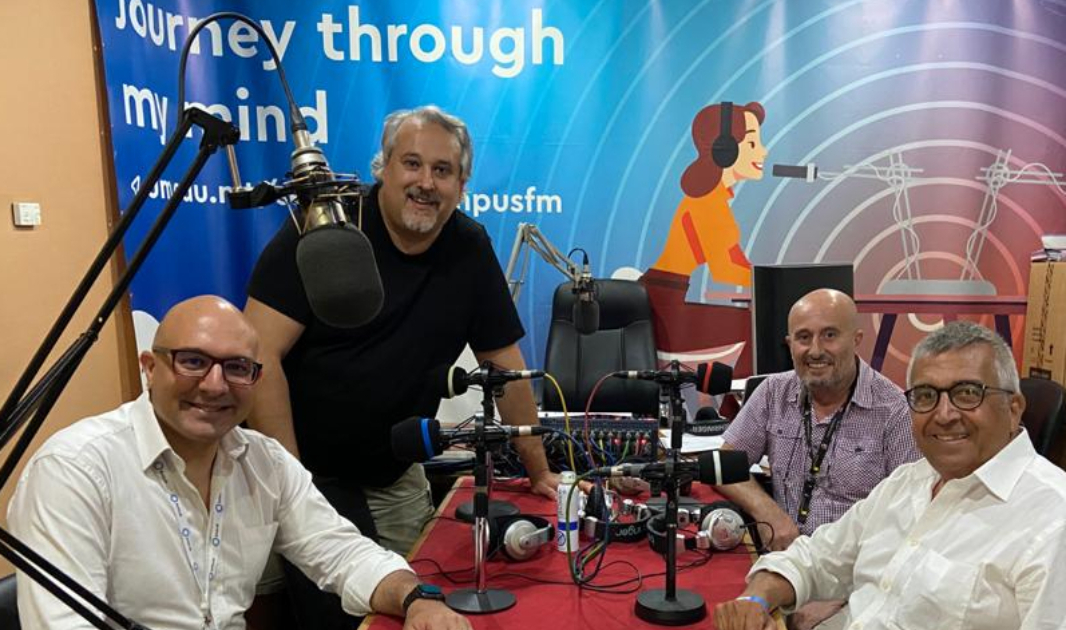 Evolve has taken to the airwaves for the first time with a three-month promotional campaign on radio.

Malta’s fastest-growing science company has launched a series of ads to highlight the importance of science in our everyday lives, and some of the exciting projects that Evolve is heavily involved in.

The campaign will run on Malta’s Smooth Radio over the summer months, targeting listeners with an interest in science and science-led industries. As well as Smooth, Evolve has also been featured on Campus FM.

Managing director Christopher Busuttil Delbridge was interviewed on the radio station’s popular morning show after the announcement that Evolve has signed a three-year sponsorship deal with the University of Malta to boost new scientific research.

The €75,000 agreement will allow the university’s Electromagnetics Research Group to conduct more research across a broad range of scientific areas.

Mr Busuttil Delbridge told Campus FM presenter Colin Fitz: ‘I am confident that the university’s Electromagnetics Research Group can assist us in improving the positive impact science and technology have on society. We are proud as a company to be able to give back to the science community, especially to the University of Malta which helped so many of our team members when they were young students with big dreams.’

According to research group leader Prof Charles Sammut, investment by private entities is still limited. He described Evolve as ‘pioneers’.

The agreement was made possible thanks to the Research, Innovation and Development Trust, headed by Wilfred Kenely, and was welcomed by the Ministry for Research and Innovation as well as Malta Enterprise.

Listen to the interview with our managing director Christopher Busuttil Delbridge

By Christopher Busuttil Delbridge In Team

Why every lab needs a great microscope

Protect your lab samples with Evolve

Power your science project with Evolve

Evolve is your trusted science partner

At Evolve, we have specific sector knowledge and tailor scientific solutions to your requirements by selecting and adapting our service offering, which includes:

Our proactive, consultative approach is underpinned by the expertise of our team of dedicated professionals, ensuring that you’ll get personal support from one of our experts.