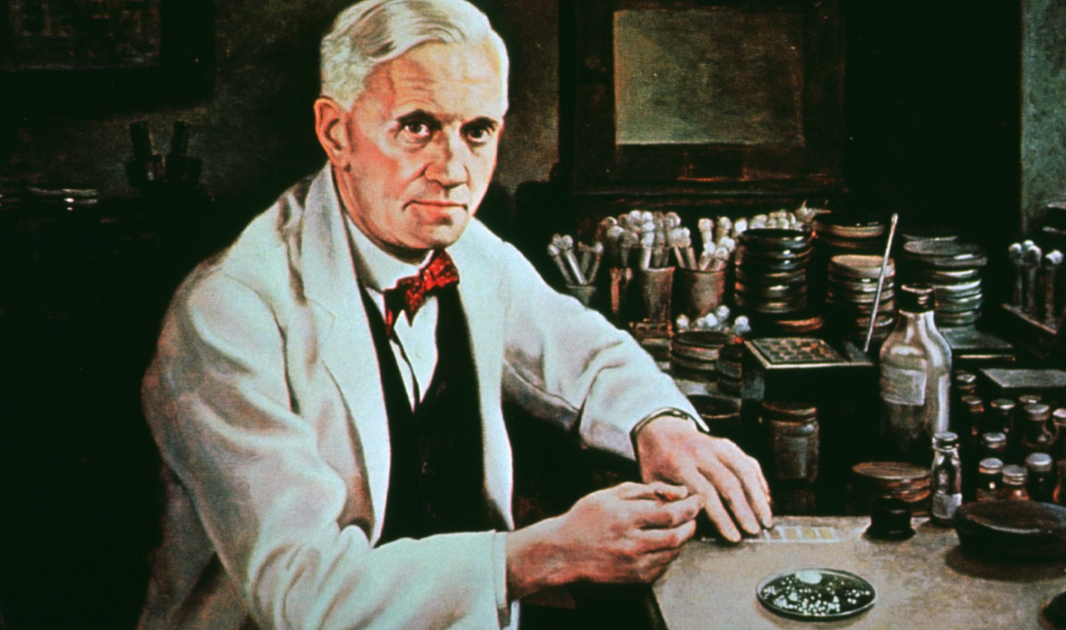 Here in the latest instalment of Evolve’s continuing series on Giants of Science, we take a closer look at Sir Alexander Fleming, and see how his groundbreaking discoveries changed the face of modern medicine.

Sir Alexander Fleming was born in August 1881 in Ayrshire in Scotland. He later moved to London where he trained as a doctor at St. Mary’s Medical School. After qualifying with a distinction, he went on to conduct research at the university under the direction of Sir Almroth Wright, who was himself a pioneer in vaccine therapies.

During the First World War, he served in the army medical corp and worked on the bacteriology of septic wounds.

Following the war, he returned to St. Mary’s to continue his research. His first major discovery came in 1921, when he discovered that a particular enzyme present in bodily fluids, known as Lysozyme, possessed some mild antiseptic properties.

His next major breakthrough came in 1928 when, whilst working on the influenza virus, he noticed that a mould had accidentally developed on a culture dish that was being utilised to culture the Staphylococcus. Significantly, the mould had created a bacteria free circle around itself.

Inspired by this, Fleming went on to conduct a number of further experiments which demonstrated that the mould culture prevented the growth of Staphylococci. After first naming this substance ‘mould juice’, he eventually settled on the more conventional name of ‘Penicillin’ after the mould that produced it. Of his discovery, he is famously quoted as stating: ‘When I woke up just after dawn on September 28, 1928, I certainly didn’t plan to revolutionize all medicine by discovering the world’s first antibiotic, or bacteria killer…but I guess that was exactly what I did.’ 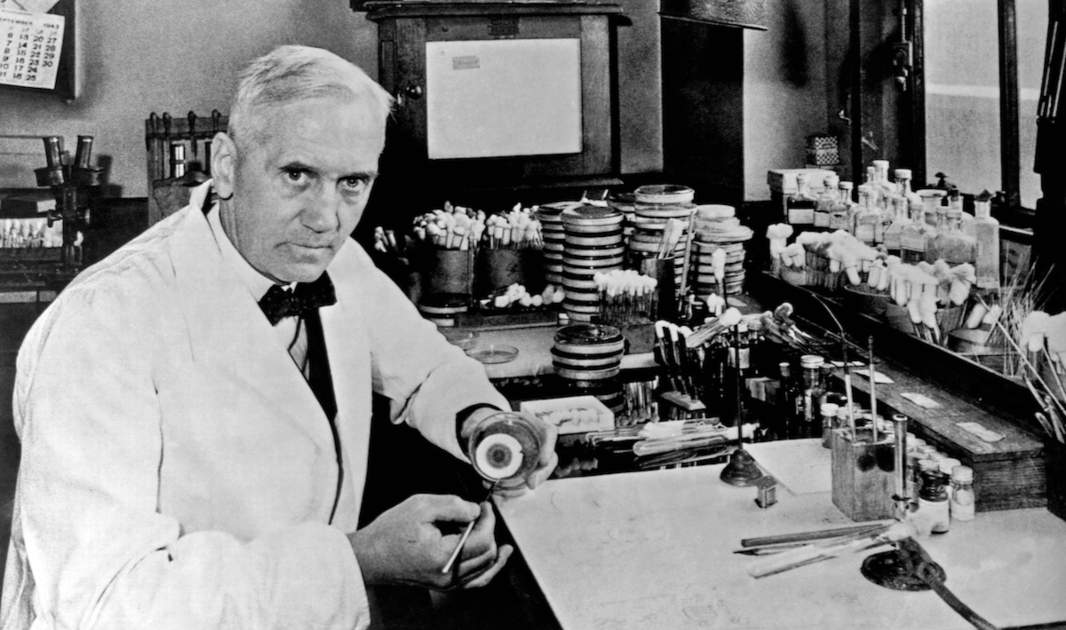 Then, in 1939, two researchers from the University of Oxford, Howard Florey and Ernst Chain, began working on Penicillin, and were able to isolate and purify this substance further, meaning that it could be used as a clinically useful drug.

Although the first supplies of Penicillin remained limited, by the 1940s this so called ‘wonder drug’ was being mass produced by the American pharmaceutical industry, and it became a life-saver during the Second World War.

During his lifetime, Sir Alexander Fleming also wrote a number of papers on bacteriology, chemotherapy and immunology, which were published in leading scientific and medical journals.

In 1943 he was elected as a fellow of the Royal Society and was also knighted by King George VI a year later in 1944.

Finally, in 1945, he was jointly awarded the Nobel Prize for Medicine along with Florey and Chain.

Sir Alexander Fleming is undoubtedly of the most famous scientists of all time; his groundbreaking work helped save many lives and he remains an international hero.

Here at Evolve we’re passionate about all things science. We’re suppliers of a fantastic range of high quality laboratory supplies, including chemistry equipment. For more information about our range of products and services, please don’t hesitate to contact us. A member of our team will be happy to help you with your enquiries.

We champion science potential so that the people, business and communities we serve can thrive

Everything you need to know about centrifuges

Maintenance and service contracts from Evolve

When you succeed, so do we

At Evolve, a love of science is in our DNA. We’re proud to offer our customers an extensive range of quality laboratory and scientific equipment from leading brands as well as exceptional consultancy advice and customer service.

Whatever you’re looking for, we’ll provide a dedicated service that’s designed around you and your project.

Whether we’re building the first EU-GMP pharmaceutical lab in Ghana, developing the first-ever medical cannabis facility in Malta, or equipping the largest police forensics unit in Dubai, we’re there with you every step of the way.

If you’d like to speak to one of our experts on how Evolve can help your next science-led project, please get in touch with us today.